Congratulations to Osman Balci on being honored with the 2015 ACM SIGSIM Distinguished Contributions Award.

The award recognizes individuals based on their overall contributions to the field of modeling and simulation, including technical innovations, publications, leadership, teaching, mentoring, and service to the community.

The 2nd Annual Virginia Tech High School Programming Contest took place Dec 5, 2015. Over 58 teams from 15 high schools across the Commonwealth participated in this online contest.  The opening note was held via WebEx videoconference, followed by a short practice and a 4-hour online contest held in the style of the ACM ICPC competition with teams of three competitors. Students were asked to solve 8 programming problems of varying difficulty – including simple problems such as how to count the vote in an election to more challenging problems involving probabilities.  Teams submitted a total of 527 attempts, with 134 successful submissions.  56 out of 58 teams solved at least one problem. The top 3 teams all came from Thomas Jefferson High School of Science and Technology, solving 7, 6, and 6 problems, respectively.  Congratulations go to the winning team of Mihir Patel, Jerry Huang, and Franklyn Wang, coached by Ms. Nicole Kim!

The contest was organized by Dr. Godmar Back and volunteers from the Virginia Tech ACM Programming Team, who helped with logistics, tested problems, and helped with judging.  We would also like to acknowledge the numerous on-site coaches and CS teachers at high schools who supervised the teams who participated.

We thank stack@cs for support with providing prizes to contestants.

Ribbens has been a member of the computer science department since 1987. He was named associate head for the department in 2003 and associate head for undergraduate studies in 2008. His research has focused on advancing high-performance computing and its applications for computational science and engineering, with the goal of making high-performance computing an effective tool for solving important scientific and engineering problems.

Richard C. Benson, dean of the College of Engineering who holds the Paul and Dorothea Torgersen Chair, said Ribbens emerged from a very strong field of candidates. “Cal is very well known to this department, and many other corners of the university, for his long and exemplary service as an associate head for the department,” Benson said. “I am grateful to the search committee for its great work, and especially grateful to the department heads who Cal succeeds — Dennis Kafura and Barbara Ryder. I’ve watched the department thrive under their leadership and know that it is in excellent hands moving forward.”

Ribbens has taught 19 different courses at Virginia Tech, including all levels of core computer sciences courses, an honors course and several advanced topics courses. He chaired 17 master’s committees and eight Ph.D. committees, and served on dozens of others. As associate head for undergraduate studies, he had a lead role in faculty teaching assignments and course scheduling, and graduate teaching assistant selection and assignment. Ribbens also supervised the academic advising staff and lead curriculum revisions and assessments.

“I am looking forward to this opportunity to lead a strong and growing department,” Ribbens said. “This is a very exciting time to be in computer science. Our students and faculty are working on challenging problems drawn from a remarkably wide array of application areas, and affecting virtually every aspect of life.”

Ribbens completed his undergraduate work in mathematics at Calvin College. He earned his master’s and doctoral degrees in computer science from Purdue University. He has been widely published in journals, including the Journal of Parallel & Distributed Computing, the Journal of Computational Science, and ACM Transactions On Mathematical Software.

Ribbens has served on more than 20 conference program committees and as general chair of the 17th High Performance Computing Symposium, and is founding director of the Laboratory for Scientific Computing and Applications. He played a major role in the System X supercomputer project.

As associate head, Ribbens helped guide the department through considerable change, including joining a new college and the hiring of more than 20 faculty members.

“It is an exciting time for Virginia Tech, the College of Engineering, and the Department of Computer Science, as we continue to grow in size, impact, and quality,” Ribbens said. 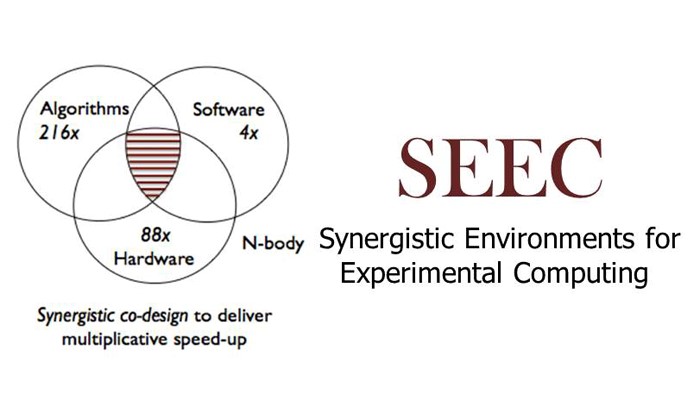 In keeping with the goal of the SEEC Center to democratize parallel and distributed computing, staff and students will present overviews of their research in the fourth semi-annual SEEC Research Symposium to be held January 15, 2016 in 3100 Torgersen Hall.

The SEEC Center, established July 2014, is an interdisciplinary and integrative center that spans 20 different departments and institutes across Virginia Tech. The center “SEECs” to combine the strengths of research, education, and infrastructure at Virginia Tech, along with social, business, and research opportunities in society to leverage the power of computers for the good of mankind.

For more information concerning the SEEC Center, see seec.cs.vt.edu or, if you would like to be notified when the agenda is released, please email Missy Thomas @ mdthoms@vt.edu.

We look forward to your attendance,

A team of three students (Dustin Pho, Peter Steele, Chris Wu) have advanced to the ACM-ICPC World Finals by taking 2nd place in the 2015 MidAtlantic Regional intercollegiate programming competition, beating over 183 teams from other universities and colleges in the region. This is the third consecutive year that Virginia Tech’s ACM-ICPC Programming Team, led by its faculty Coach Dr. Godmar Back, has been able to send a team to the world’s premier programming competition for college students.

On November 7th 2015, Virginia Tech fielded seven teams of three students each, who competed among 185 teams from universities and colleges across the Mid-Atlantic region for a coveted spot at the ACM ICPC World Finals, which will be held on Phuket Island, Thailand in May 2016.  The Mid-Atlantic region comprises universities and colleges in the states of Virginia, North Carolina, West Virginia, Delaware, Maryland, D.C., East Pennsylvania, and South New Jersey.

The ACM ICPC contest fosters creativity, teamwork, and innovation in building new software programs, and enables students to test their ability to perform under pressure.  It is the oldest, largest, and most prestigious programming contest for college students in the world. Each year, almost 40,000 students participate worldwide.

All participating students were CS majors, ranging from sophomores who competed for the first time to seniors who participated for the 2nd or 3rd year.  Virginia Tech’s top-scoring team, which consisted of CS students Dustin Pho, Peter Steele, and Chris Wu, placed overall 2nd to secure a coveted spot at the World Finals. It is expected that only about 20-25 teams from North America will receive an invitation to participate in Thailand.

Our teams prepared in weekly practices and multiple 5-hour mock contests held on the weekends leading up to the regional contest. These practices not only prepare students for the contest, but also prove extremely useful in preparation for interviews for internships and jobs.

The ACM Programming Team is open to all undergraduate students and to graduate students of any major who have not completed more than 5 years of post-K12 education. See here for complete eligibility requirements.

Students interested in participating in the team should contact Team Coach Dr. Godmar Back (gback@vt.edu), or visit the team web page at https://icpc.cs.vt.edu/

The ACM-ICPC programming team thanks its sponsors Eastman Chemical and the stack@cs center for systems research.

All CS@VT teams are pictured below: 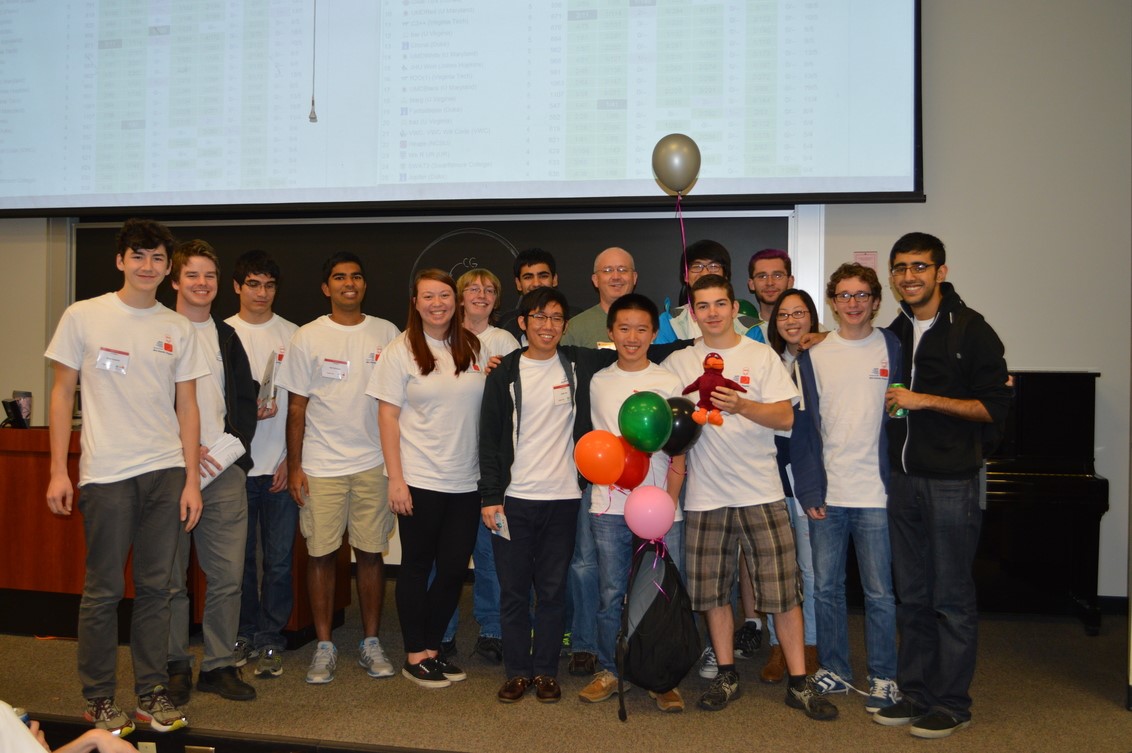