The CS Department sent a group of eight women PhD students to the 2016 CRA-W Grad Cohort Workshop this year.  Doaa Altarawy, Sorour Amiri, Mai Dahshan, Michelle Dowling, Zahra Ghaed, Azam Moosavi, Elaheh Raisi, and Ziqian Song traveled to San Diego in April to participate in this two-day event organized by the Computing Research Association.  The annual workshop is aimed at building the pipeline of senior women in computing-related studies and research.  Presentations and discussions led by senior researchers and professionals offered advice on a variety of topics such as graduate school survival skills, networking, publishing, etc.  According to VT attendee Elaheh Raisi, “… resources introduced related to different skills such as presentation, writing, and research for graduate studies.  There were some female professionals as mentors and we could talk to them and ask for their help about any problem we might have.”  Doaa Altarawy reported that she was able “ … to learn more about networking and to actually practice it by knowing new women in computing, [and] to see examples of successful women who were able to overcome difficulties and boundaries and reach their goals.”   Michelle Dowling added, “the atmosphere was wonderfully relaxed and focused heavily on interacting with the audience and addressing specific concerns that people had, all while promoting networking and mentoring opportunities.” 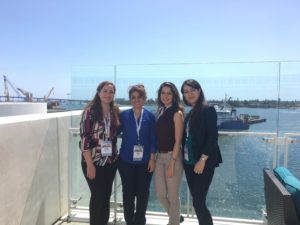 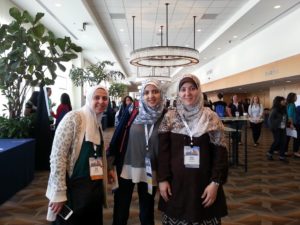 Danfeng Yao, associate professor of computer science in the College of Engineering at Virginia Tech, has been awarded the Elizabeth and James E. Turner Jr. ’56 Faculty Fellowship in Engineering by the Virginia Tech Board of Visitors.

Elizabeth and James Turner created the Turner Fellowships in 2011 with a $1 million gift to recognize faculty excellence. James Turner is a 1956 agricultural engineering alumnus who is the retired president and chief operating officer of General Dynamics. He is also a former rector of the Virginia Tech Board of Visitors, and in 2004 received Virginia Tech’s highest honor, the William H. Ruffner Medal.

Recipients hold the title of Turner Fellows for a period of five years.

Doug Bowman, professor of computer science in the College of Engineering at Virginia Tech, has been awarded the Frank J. Maher Professorship in Engineering by the Virginia Tech Board of Visitors.

A member of the Virginia Tech faculty since 1999, Bowman is a world leader in research in 3-D interfaces for computers and virtual reality, a visualization technique sometimes referred to as “computer-simulated reality” whose uses in education and training, the arts, science, and urban design are now being explored.

Bowman has more than 120 peer-reviewed publications, the majority of which are in selective journals and conferences. His Google Scholar publication citation count is more than 7,700, verifying the impact of his work on his research field. He was lead author of the first textbook on 3D user interfaces, “3D User Interfaces: Theory and Practice,” published in 2005. Bowman has received more than $8.5 million in external funding for his research, with a personal share exceeding $3.1 million.

Congratulations to Ali Butt and C.T. Lu on their promotion to full professor!

Summer is a time of transition at a university.  While we try to catch our breath after the conclusion of a busy and productive academic year, we also turn to planning for the year(s) ahead, and prepare to welcome new faculty, staff, and students to our campuses in Blacksburg and Northern Virginia.  Exciting stuff!

But sometimes summer means bidding farewell to friends and colleagues, which is not as much fun.  This summer by far the most notable farewell goes to Dr. Barbara Ryder.  As most of you know, Barbara stepped down in 2015 after seven years as Department Head; she will soon be retiring and moving on to other adventures in Florida.  To say that Barbara made an impact on CS@VT is a huge understatement.  Numbers tell part of the story—under Barbara’s leadership 12 tenure track faculty members were hired, including five women; department research expenditures nearly tripled, to over $15M/year; undergraduate enrollment more than doubled, with the percentage of women in the undergraduate program rising from about 4% to over 16%; our graduate program’s USN&WR ranking rose from 47th to 40th; and the average number of PhDs awarded annually nearly doubled.  But beyond all the improving numbers, Barbara’s impact will long be seen in the confidence and aspirations of the entire department.  She challenged and encouraged us to be better—better at serving and preparing our students, better at pushing the boundaries of CS research, better at providing leadership in the university and the world-wide CS community.  Thank you and bon voyage, Professor Ryder!

p.s. Look for an announcement very soon of a newly created “Barbara Ryder Fund for Diversity in Computer Science”!

Every moment data is created. When a member of the Flint Water Study team tests and records results from a drop of water. When a student steps into Goodwin Hall, activating sensors to track usability and traffic patterns. But data, especially big data that has to be analyzed computationally, sometimes creates as many questions as it answers. Where does it all go? How do we store it? Who pays to store it? What kind of computer do we need to process the data? And how can we make sure that people years from now will still be able to access and reuse it?

University Libraries, in partnership with Virginia Tech researchers working with big data, is exploring these questions and more with the support of a $308,175 National Leadership Grant for Libraries from the Institute of Museum and Library Services.

The project team includes: Zhiwu Xie, technology development librarian in the University Libraries; Tyler Walters, dean and professor, University Libraries; Edward Fox, professor of computer science in the College of Engineering; and Pablo Tarazaga, assistant professor of mechanical engineering in the College of Engineering. Jiangping Chen, associate professor in the Department of Library and Information Sciences at the University of North Texas, will also help evaluate and review the project.

In the fall of 1994, a 17-year-old Damian Salas left his home in Poquoson, Virginia, and moved to Blacksburg, Virginia, to begin this freshman year at Virginia Tech. It wasn’t long before he became immersed in the university community and found himself searching for Hokie sports information that didn’t seem to exist in any one place. For the computer science major, the need for a website dedicated to the university’s athletic teams was a no-brainer. His skills and passion, combined with the emerging World Wide Web, created the perfect opportunity for Salas to “Invent the Future.”

Today, Salas, the senior director and webmaster of hokiesports.com, embarks on a 3,785-mile bike trip across the U.S. to raise awareness and funds for multiple sclerosis research.

Smartphone security has become a topic of paramount importance in both academic and commercial communities.  Currently, the most widely used processors in mobile devices are the ARM processors.  ARM processors employ TrustZone, a hardware security extension, to protect sensitive code and data in a privilege and isolated execution environment. Although TrustZone design is effective against many malicious software-based attacks, smartphones may be lost or stolen.  Once in the possession of unfriendly hands, sensitive information in a smartphone may be retrieved through physical memory disclosure attacks such as cold boot attack, in which an attacker can bypass all software protection and gain unrestricted access to the contents in the dynamic random access memory.

Ning Zhang, a CS Ph.D. candidate, under the supervision of Prof. Wenjing Lou, presented his work on how to protect smartphones against physical-level memory disclosure attacks in a paper at the 37th IEEE Symposium on Security and Privacy, the top security conference in the field.  In the paper, Zhang, Lou and their co-authors presented a novel system that combines hardware-assisted security protection of TrustZone and unique cache features in ARM.  The system offers an isolated execution environment that can protect sensitive tasks against both malicious software and hardware memory disclosure attack. The system uses the on-chip cache as the program execution environment and applies cryptography to protect the sensitive program context that is stored in the physical memory. Through experimentation on a prototype, the new system was found to be effective and is capable of providing unprecedented protection with little performance impact.

Since 1980, the IEEE Symposium on Security and Privacy has been the premier forum for presenting developments in computer security and electronic privacy, and for bringing together researchers and practitioners in the field. The 2016 Symposium marks the 37th annual meeting of this flagship conference.  Among over 400 submissions, only 55 papers were accepted for presentation at this year’s symposium. 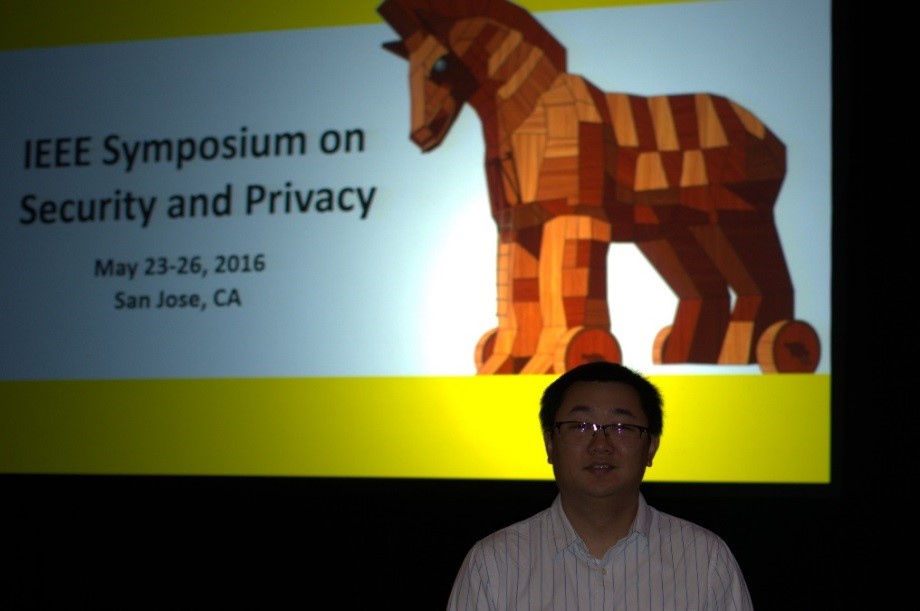 PeerJ is an award-winning, leading peer-reviewed open access scholarly journal for biological and medical sciences. PeerJ is a great option for other Virginia Tech researchers, too, especially considering all university faculty, staff, and students can now publish at no cost if their submission passes peer review. Free open access publishing is also available to Virginia Tech researchers in PeerJ’s counterparts, PeerJ Computer Science and PeerJ Preprints.

Edward Fox, a professor of computer science in the College of Engineering, was invited to be one of the editors on the board of PeerJ Computer Science. When research in his area of expertise is awaiting review, he receives a notification. He says the process is quick, and PeerJ is transparent about who is editing the work. Studies show there are very few observable differences between research publications that have appeared in an open access journals versus comparable works that appear in subscription journals. And several studies indicate a citation advantage for open access articles. “This suggests that there’s actually not a whole lot of difference between things that appear in a journal that has charges and considerable expense associated versus things that appear in an open literature repository,” Fox said. “One would expect that PeerJ, with even more editorial involvement than if something was just in a repository, would release quite comparable works to what appear in very expensive journals.”