The Department sends its thanks and best wishes to Dr. Sean Arthur!  Although Sean transitioned to emeritus status in 2011, he has continued to teach a section of CS 3304, Comparative Languages, every Tuesday and Thursday morning at 8:00 a.m.  Most students report that this class has been the highlight of their day (“Isn’t that right, class?!”).  But now Sean claims there are just too many fish that need catching, so after more than 30 years as part of the Computer Science Department, he offered his last lecture on Tuesday, May 3.  Department Head Cal Ribbens stopped by to congratulate Sean on his many years of service, and to offer the classic Blacksburg token of appreciation, Carol Lee donuts.

At the nineteenth annual Virginia Tech College of Engineering faculty reception, awards were presented to engineering professors for teaching innovation, research, service, and outreach for 2016.

T. M. Murali of computer science is a recipient of one of the College of Engineering’s research in excellence awards. T. M. ’s overall research goal is founded in computational systems biology – to build phenomenological and predictive models of interaction networks that govern living cells functionality. Most recently, with colleagues, T. M.  has developed PathLinker, a network based algorithm that reconstructs signaling pathways. He has been published in top journals such as Bionformatics and Molecular Biology of the Cell. T.M. co-directs the ICTAS Center for Systems Biology of Engineered Tissues and under his leadership the center’s faculty have received grants exceeding $11 million.  He is also the associate program director of the Computational Tissue Engineering Interdisciplinary Graduate Education program – a program that was renewed last year based on student accomplishments and overall research productivity.

Chang-Tien Lu of computer science is a College of Engineering faculty fellow recipient, which carries an annual $5,000 account for the next three fiscal years to support his research. He is the Associate Director of the Discovery Analytics Center. In 2015 Chang-Tien was one of 49 researchers in the world to be named Distinguished Scientist by the Association for Computing Machinery. His research on data management is to fulfill emerging requirements for storing, analyzing, and visualizing spatial data. His ongoing projects range from explorations of fundamental access and retrieval issues to practical applications that deal with data analysis and knowledge discovery tasks.  These projects have led to the publication of numerous high-quality research papers and the production of innovative prototype systems.  They are also helping professionals in many fields to react quickly and make effective decisions in time-sensitive applications. His major contributions include efficient mining algorithms and sophisticated storage structures that can be scaled up to process large scale data, as well as the formalization of spatial patterns and trends. Chang-Tien has published over 112 articles, which have been featured in top rated journals and conference proceedings. According to the Google scholar index, his papers have been cited 2,630 times and have an h-index of 25. He has received 33 grants —  23 he serves as the P.I. for, with funding over $33 million and his share, almost $4 million. Chang-Tien has graduated 6 PhD students and 31 masters’ students and currently supervising 13 PhD students.

One of the college’s certificate of teaching award goes to Tom Martin of electrical and computer engineering. Tom also has courtesy appointments in the School of Architecture and Design and the Department of Computer Science.  He is also the associate director of the Institute for Creativity, Arts, and Technology and the co-director of the E-textiles Lab. His research and teaching interests include wearable computing, electronic textiles, and interdisciplinary design teams for pervasive computing. In 2006 he was selected for the National Science Foundation’s Presidential Early Career Award for Scientists and Engineers for his research in e-textile-based wearable computing. Over the past few years Tom’s research has lead to the development of the InZone Alert Vest that includes radio sensors that construction workers can wear on or inside vests with connected vehicle technology that allows cars to “talk” to one another, roadside infrastructure, and personal electronics such as mobile phones.

Dr. Ryan McMahan, CS@VT alum and assistant professor in the Erik Jonsson School of Engineering and Computer Science and the School of Arts, Technology, and Emerging Communications, recently was awarded a $544,000, five-year grant to pursue a novel approach to workplace training using virtual reality (VR) technologies.  The NSF Faculty Early Career Development (CAREER) Program provides support for junior faculty who have demonstrated outstanding research and teaching skills.  McMahan graduated with his Ph.D. in computer science in 2011 under the guidance of professor Doug Bowman.

The Department of Computer Science hosted its 4th annual Spring Awards Banquet on Wednesday, April 27 at the Inn at Virginia Tech.  A complete list of recognitions and award recipients is below. 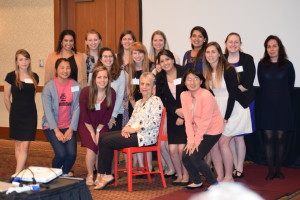 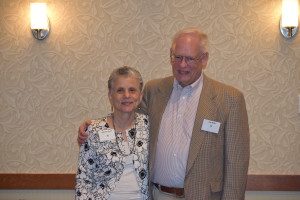 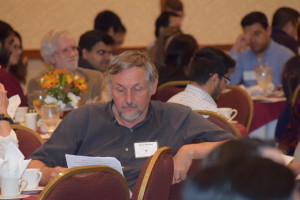 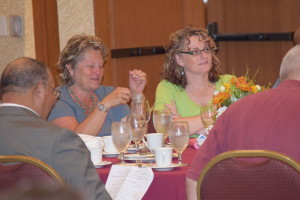 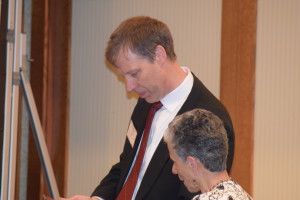 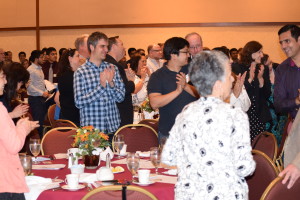 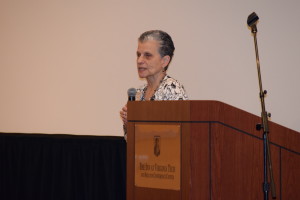 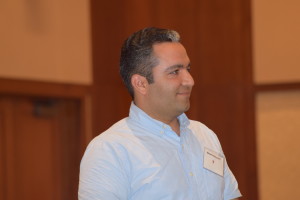 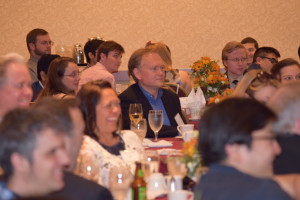 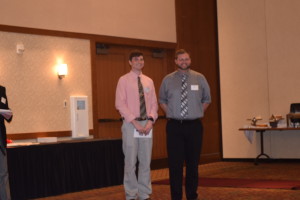 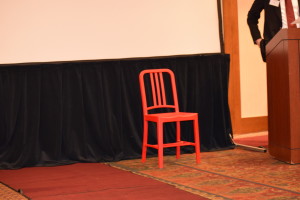 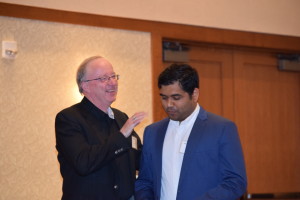 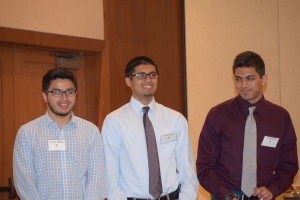 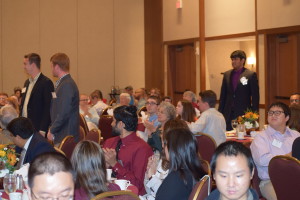 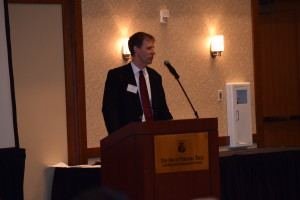 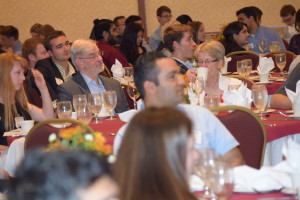 Beginning fall 2016, graduate students at Virginia Tech will be able to earn a graduate certificate in data analytics to better prepare them for careers in one of the nation’s fastest growing fields.

The 12 credit program —  open to students both in Blacksburg and in the National Capital Region — is offered collaboratively by Virginia Tech’s computer science, electrical and computer engineering, and statistics departments and will be administered through the Discovery Analytics Center.

“With increasing demand for deeply technical expertise in data analytics and data science, Virginia Tech wants its students to have an edge when they compete for jobs in this field,” said Chris North, professor of computer science and associate director of the Discovery Analytics Center.