The competition took place over two days and consisted of 13 challenging problems posed to teams. For the first time in the history of the competition, the winning team from St. Petersburg State University of Information Technologies, Mechanics, and Optics (ITMO) managed to solve all of the problems. The top 12 teams, that solved 9 or more problems, received medals. The scoreboard can be viewed here.

The Virginia Tech team solved 4 problems and placed 92 out of 128 teams.  The new season will start soon and the team will face strong opponents in the region, including the University of Virginia who is yearning for a chance to regain the spot Virginia Tech took from them last year!

According to their website, the ACM International Collegiate Programming Contest (ICPC) is the premier global programming competition conducted by and for the world’s universities. The competition operates under the auspices of ACM, is sponsored by IBM, and is headquartered at Baylor University. For nearly four decades, the ICPC has grown to be a game-changing global competitive educational program that has raised aspirations and performance of generations of the world’s problem solvers in the computing sciences and engineering. 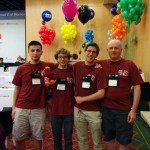 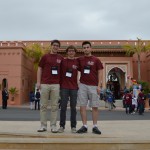 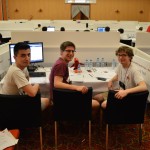