The world is increasingly connected through not only smart phones and email, but new and hungry gadgets, such as webcams, sensors, and monitors, which demand an ever-larger slice of the bandwidth pie.

Ali R. Butt, professor in the Department of Computer Science in Virginia Tech’s College of Engineering, was recently awarded a $516,000 grant to examine how to keep those gadgets from depleting the cloud computing bandwidth that the internet currently depends on.

“We are now just beginning to experience living super-interconnected lives,” said Butt. “Imagine five or 10 years from now when we will live in smart houses that use all kinds of sensors to monitor your safety, adjust the cooling or heating, and many other little devices and things that are only beginning to be used. These things require valuable computing abilities and information on the cloud to work properly and be useful.”

Butt, who also holds a courtesy appointment in electrical and computer engineering, is the principal investigator on the collaborative research project. He is partnering with Muhammad Shahzad, assistant professor of computer science from North Carolina State University, to design new techniques for massive data management and processing in the cloud, as well as study the actual nodes computers use to transfer information. The project is funded by the National Science Foundation. 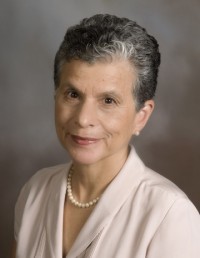 MetaStorm is a joint research project with Liqing Zhang, associate professor in the Department of Computer Science at Virginia Tech, and Amy Pruden, professor in Civil & Environmental Engineering at Virginia Tech.  Metagenomics is the capturing of microbial DNA sequence from environmental samples, where the environment might be soil, the ocean, or the human gut, for example.  Especially important is that such samples contain multiple species of organisms, so the DNA sequence collected originates from a variety of unknown sources.  Modern DNA sequencing results in a large number of short sequences, called reads, that are typically analyzed by using each read as a query to search a large database of known DNA or protein sequences.  The accumulated results of such searches indicate what biological entities are present in the sample and what biological functions (proteins) are performed by organisms in the sample.  Existing computational pipelines to perform these searches and subsequent analyses tend to be inflexible.  We have developed a user-customizable analysis pipeline called MetaStorm that promises to support more targeted investigations of metagenomic data sets.  MetaStorm provides the capability of assembling the reads into longer sequences, called contigs, that allow more precise identification of sequence matches.  Also, MetaStorm allows the user to provide her own specialized sequence database to guide the search for particular classes of genes, for example, antibiotic resistance genes.  MetaStorm is available as a free Web service where users upload their metagenomic data sets, select the desired analyses, and visualize the results in several novel ways.

Dr. Heath’s research interests include theoretical computer science, algorithms, graph theory, computational biology, and bioinformatics.  Dr. Heath completed a Ph.D. in computer science at the University of North Carolina, Chapel Hill, an M.S. in mathematics at the University of Chicago, and a B.S. in mathematics at the University of North Carolina, Chapel Hill.  Before joining the faculty at Virginia Tech in 1987, he was an instructor of applied mathematics and member of the Laboratory of Computer Science at MIT.  He has supervised 11 computer science PhD students to completion and currently supervises 8 computer science graduate students.  He has worked on a number of computational biology and bioinformatics projects funded by the National Science Foundation, including the current Beacon project, which captures, represents, infers, and simulates signal transduction pathways in plants.  Other projects involve computational genomics, motif finding, and machine learning.  Work in metagenomics is a natural fit to his interests in computational genomics.

A Virginia Tech project created to educate and inspire computational thinking was named one of the top projects by the readers of The MagPi, a magazine dedicated to work using Raspberry Pis, affordable and accessible mini-computers originally designed to teach computer programming to people of all ages.

Featured in the number two spot on the magazine’s list of the best Raspberry Pi projects of all time – and the highest ranking university project on the list – SeeMore is a massive fusion of art and technology created  by two faculty members affiliated with the Institute for Creativity, Arts, and Technology – Sam Blanchard, an assistant professor of sculpture in the School of Visual Arts at Virginia Tech, and Kirk Cameron, a professor in Virginia Tech’s Department of Computer Science.

Ing-Ray Chen, along with his U.S. Army Research Laboratory (ARL) collaborators Dr. Jin-Hee Cho and Dr. Ananthram Swami, won the 2016 ARL Publication Award. The award ceremony was held on 11/8/2016 at the U.S. Army Research Laboratory in Adelphi, MD. This award goes to Dr. Chen for his outstanding contributions toward a group effort on the publication “A Survey of Trust Management for Mobile Ad Hoc Networks”. This publication provides a survey of trust management schemes developed for Mobile Ad Hoc Networks (MANETs) and discusses generally accepted classifications, potential metrics, and trust metrics in MANETs. Future research areas on trust management in MANETs based on the concept of social and cognitive networks are also discussed in this publication. The team’s outstanding contributions reflect great credit upon them, the U.S. Army Research Laboratory, the U.S. Army Research, Development and Engineering Command, and the Department of the Army.

Eli Tilevich, associate professor in the Department of Computer Science and Charles Nichols in the School of Performing Arts have received a $10,000 grant from the Institute for Critical Technology and Applied Science (ICTAS) to create a Research Experiences for Undergraduates program that will focus on computational exploration of music performance and composition.

The goal of the program is to introduce undergraduates, with interests and background in both computing and music, in multidisciplinary research that creates computational and artistic approaches for exploring musical scores, with possible applications for automated performance guidance and advanced musical analysis.

Daphne Yao and Xiaokui Shu from IBM Research gave a 1.5-hour-long tutorial at the 23rd ACM Computer and Communications Security (CCS) Conference at the Hofburg Palace in Vienna, Austria on October 25th. The tutorial is on program anomaly detection techniques, specifically how to use data analytic and program analysis methods to accurately predict anomalous behaviors of complex software and protect critical systems against zero-day exploits.  ACM CCS is a top computer security conference with record breaking 1,000+ attendees this year. The Yao group is one of the leading research groups on systematizing and democratizing data-driven security techniques for programs. Xiaokui is a former PhD student of Dr. Yao, who graduated in the spring of 2016.

A video of the tutorial can be found on YouTube.

Kirk Cameron (PI) and co-PIs Ali Butt, Yili Hong, Layne Watson, Danfeng Yao, and Godmar Back received funding for a significant new project entitled, “VarSys: Managing variability in high-performance computing systems.” This high-profile award will allow the PIs and their students to pursue important research in systems, and add to the visibility of stack@cs and the CS department.  Read More

Daphne Yao and her collaborator at Texas A&M Chemical Engineering Department, Victor Ugaz, are excited to start their new inter-disciplinary NSF EAGER project on anonymous crowdsensing for citizen science, specifically for early epidemic detection. Daphne’s group is working on designing novel and scalable cryptographic signature schemes to support anonymous-yet-accountable sensing. If successful, this anonymous sensing framework together with the miniature smartphone-powered bacteria-testing PCR devices being invented in Victor’s lab will allow volunteers to contribute to national or global epidemic monitoring anywhere and anytime, without any privacy concerns. The NSF’s EAGER program is specifically designed for this type of new and high-risk high-reward research.

Daphne is an associate professor of computer science, Turner Fellow, and L-3 Fellow at Virginia Tech. Professor Ugaz is the holder of the Charles D. Holland ’53 Professorship and Thaman Professorship at Texas A&M University.

Steve Edwards’s newly funded NSF project, “Promoting a Growth Mindset Using Automated Feedback” is a collaboration with Dr. Manuel Perez at the University of North Carolina at Charlotte and with Berea College.

Computer Science Department faculty and students presented six research papers and one tutorial at the 22nd ACM Conference on Knowledge Discovery and Data Mining (KDD 2016), held in August in San Francisco.  KDD is the premier annual international conference on knowledge discovery and data mining.  Virginia Tech was among the top-10 represented university and industry groups at KDD. In addition the most viewed video and the second most downloaded papers at KDD were written by Virginia Tech CS PhD students and faculty.

One of my research topics that I’m most passionate about is on developing machine learning algorithms that detect cyberbullying in social media. Cyberbullying is a serious public health threat that is detrimentally shaping the online experience. And while Internet technology is rapidly amplifying our ability to communicate, it’s important to develop complementary technology to help mitigate the harm of such detrimental communication.

Computer programs that detect online harassment could allow automatic interventions, e.g., providing advice to those involved, but we don’t yet have machine learning algorithms that can handle the scale, the structure, and the rapidly changing nature of cyberbullying. Standard approaches for classification are hindered by the cost of labeling bullying examples and the need for social context to differentiate bullying from other less harmful behavior.

My group is developing machine learning algorithms that use weak supervision, where the input to the algorithm isn’t whether each interaction is bullying, but general indicators of bullying, such as offensive language. The algorithms try to extrapolate from that using social media data, considering who’s sending and receiving messages with the provided indicators, and the overall structure of the relationships in the data. The algorithms do collective, data-driven discovery of who is bullying, who’s being bullied, and what additional vocabulary is indicative of bullying.

The following Great Innovative Idea is from Bert Huang, Assistant Professor of Computer Science at Virginia Tech.  Huang presented his poster, Weakly Supervised Cyberbullying Detection in Social Media, at the CCC Symposium on Computing Research, May 9-10, 2016.

Denis Gracanin, an associate professor in the College of Engineering’s Department of Computer Science, along with Joseph Wheeler, professor of architecture in the College of Architecture and Urban Studies and co-director of the Center for Design Research, and Clive Vorster, a visiting instructor in the School of Architecture + Design, have worked the past three years with students from architecture, industrial design, interior design, and computer science to envision how people will interact with their homes in the near future.

Kurt Luther’s research partnership is revealing the differences in the latitude and attitude of Americans during the Civil War era one historical document at a time and it’s inviting “citizen historians” to transcribe, tag, and discuss primary sources. It may also open up discussions into issues of race, citizenship, and identity.