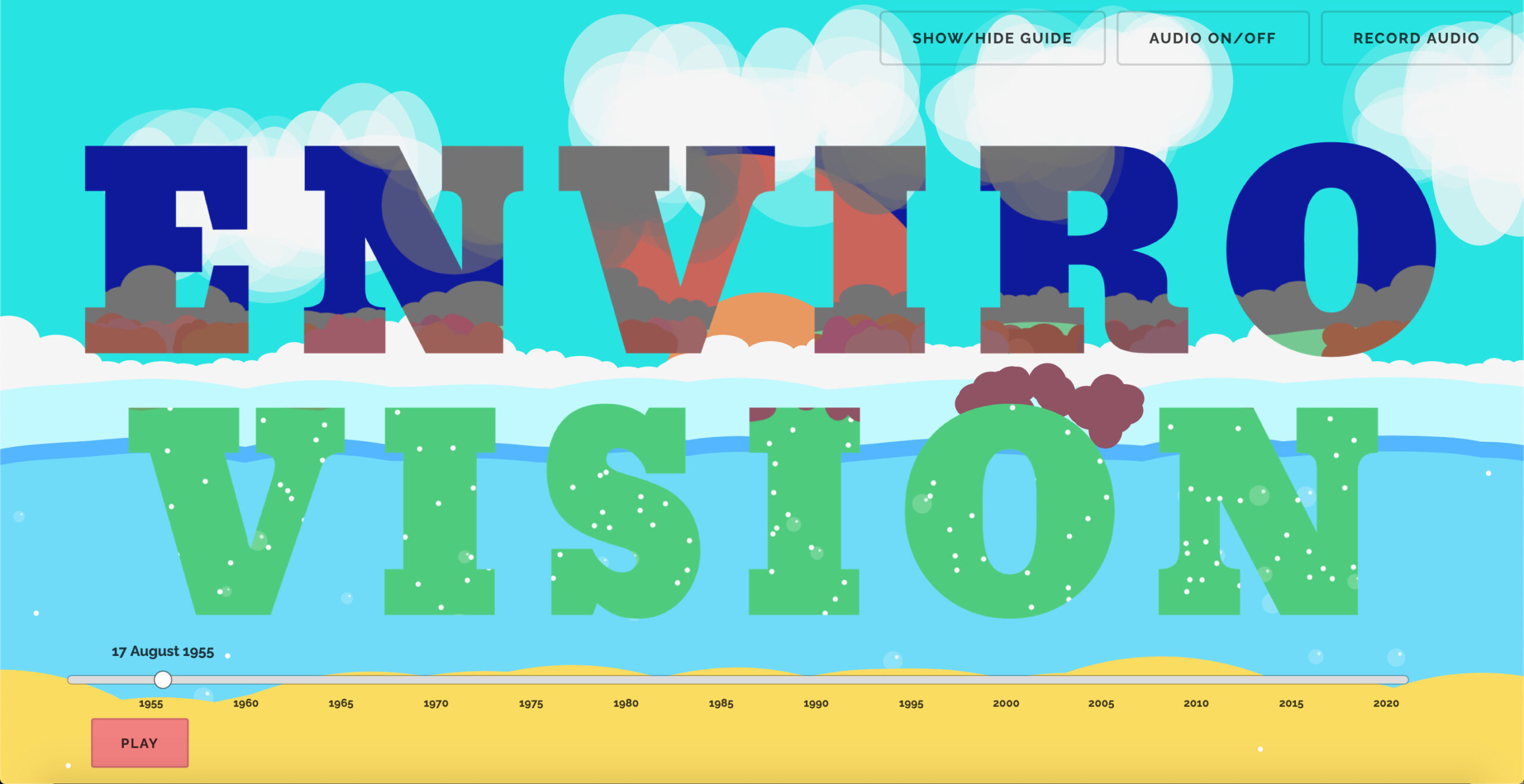 Over the years, harmful pollutants have been exposed to our environment, particularly in recent times, causing worrisome ripples and concerns for the future of our natural world. We have some degree of awareness concerning growing levels of pollution in our atmosphere and oceans, but visually perceiving the impact of pollutants in the environment is not an easy task. This challenge may be due to difficulty for untrained eyes measuring increasing levels of pollutants in our environment on the basis of numbers alone.

Our ambition was to create a 2D dynamic webpage where sonifications and visualizations based on live data are reflected in the objects present on the screen that users can engage with. These objects are auditory and kinetic representations of changing climate and pollution levels over time for global ocean and weather data. By presenting sonifications and visualizations of the effects climate change and pollutants have and how those effects will accelerate in their severity, we want to encourage creators and users alike to be more environmentally conscious and inspire change that would contribute to a cleaner and healthier Earth.