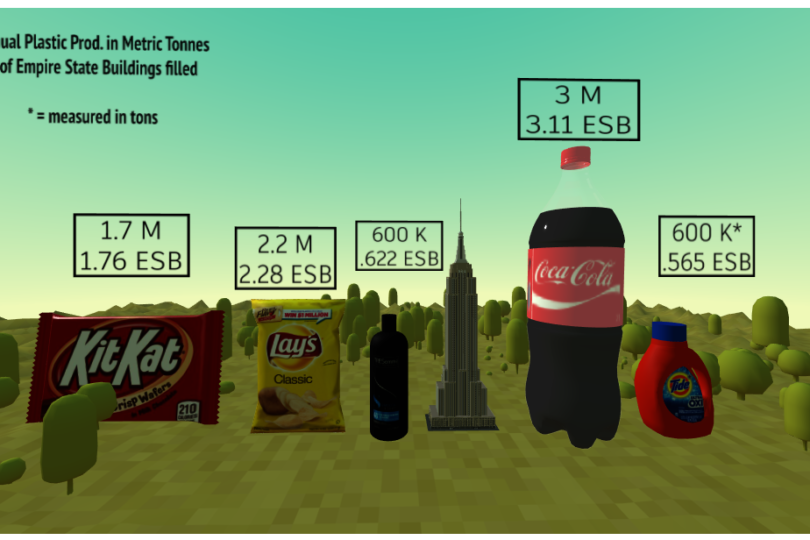 Over eight billion metric tons of plastic have been produced in the last six decades. And only ten percent of it has been recycled. In fact, five major corporations are responsible for producing eight million metric tons of plastic in just one year. Our project aims to highlight to the individual consumer that products they use on a daily basis are adding onto a pile of ever-increasing plastic waste.

On our website, we are showcasing several virtual reality environments where users can see renderings of several iconic products from five major companies. We juxtapose these products, whose sizes represent the amount of plastic their respective company produces in one year, with a major landmark. Imagine looking at the New York City skyline and seeing a Coca-Cola bottle three times the size of the Empire State Building.

The virtual reality environment that we have created invites users to interact with these rendered products in order to visually understand how much several million metric tons of plastic really is. With “Footprint”, we want to emphasize how individual consumers can help reduce plastic waste by decreasing their usage of these common products and engaging in helpful recycling practices, as well as hold corporations accountable for being such large contributors to the plastic pollution of our planet.