ld is evolving with ever increasing number of computers and devices generating more and more data. There is an increasing demand to develop efficient Big Data systems to analyze this large amount of data and generate valuable insights. Performance modeling and analysis techniques have played important roles in the design and optimization of general computer systems. This talk presents research works of applying modeling and analysis methods to optimize Big Data systems such as Map Reduce systems. The subjects span from identifying inefficiencies in these systems to the design and implementation of better mechanisms and better schedulers.

Biography: Dr. Li Zhang is the manager of the System Analysis and Optimization group at IBM T.J. Watson Research Center. He is an expert in control and performance analysis of computer systems, statistical analysis for traffic modeling and prediction, scheduling and resource allocation in parallel and distributed systems. He has also been working on measurement based clock synchronization algorithms. He has co-authored over 100 technical articles and over 30 patents. He received IBM’s Outstanding Technical Achievement Award and Research Division Award for his work in performance modeling and optimization for computer systems. He further received IBM’s prestigious Corporate Award for developing advanced clock synchronization mechanisms for mainframe computers. A math major at Beijing University, he received his M.S. in Mathematics from Purdue University and his Ph.D. in Operations Research from Columbia University. 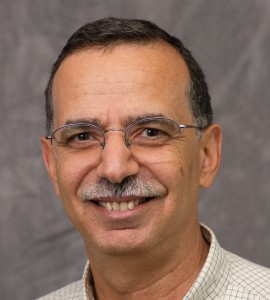 : Mobile devices are increasingly being relied on for tasks that go beyond simple connectivity and demand more complex processing. In cases where such processing exceeds a device’s capability, remote cloud resources can be used to off-load the “heavy lifting” needed by mobile computation tasks. The Cirrus Cloud project focuses on the design and analysis of techniques that enable the provision of cloud computation services to mobile devices. The project is distinguished by 1) its consideration of specific challenges of the wireless and mobile environment and 2) its focus on leveraging the computational capability of a variety of entities present in a mobile device’s environment in an opportunistic manner. In this talk we will first give an overview of the Cirrus Cloud project and its aims. We will then discuss specific contributions that we have made in the course of this project. These include: 1) the COSMOS system which enables mobile computation requirements to map seamlessly to traditional cloud computing services, 2) the Serendipity and Femtocloud systems for configuring clusters of mobile devices as a powerful compute resource, and 3) the Computational Ferrying system in which mobile resources are positioned in real time to satisfy mobile compute requirements. We will conclude with a discussion of our plans for future research.
Biography: Mostafa Ammar is a Regents’ Professor with the School of Computer Science at the Georgia Institute of Technology. He has been with Georgia Tech since 1985. Dr. Ammar received the S.B. and S.M. degrees from the Massachusetts Institute of Technology in 1978 and 1980, respectively and the Ph.D. degree from the University of Waterloo, Ontario, Canada in 1985. Dr. Ammar’s research interests are in network architectures, protocols and services. He has contributions in the areas of multicast communication and services, multimedia streaming, content distribution networks, network simulation, disruption-tolerant networks, virtual network design, and most recently in mobile cloud computing. He has published extensively in these areas. To date, 33 PhD students have completed their degrees under his supervision; many have gone on to distinguished careers in academia and industry. Dr. Ammar has served the research community in multiple roles. Most notably, he served as the Editor-in-Chief of the IEEE/ACM Transactions on Networking (ToN) from 1999 to 2003, and he was the co-TPC Chair for the IEEE ICNP 1997, ACM CoNEXT 2006 and ACM SIGMETRICS 2007 conferences. His awards include the IBM Faculty Partnership Award (1996), Best Paper Award at the 7th WWW conference (1998), the Georgia Tech Outstanding Doctoral Thesis Advisor Award (2006), the Outstanding Service Award from the IEEE Technical Committee on Computer Communications (2010), and the ACM Mobihoc Best Paper Award (2012). Dr. Ammar was elected Fellow of the IEEE in 2002 and Fellow of the ACM in 2003.